Kim Cloud-Skidmore didn’t know what she was walking into 10 years ago or if she deserved to even be in the room. A longtime entrepreneur known for dreaming big, CloudSkidmore had taken Cloud 9 Salon, Spa & Boutique in Flower Mound from a startup in 1991 and created her own little empire. The salon was thriving, that is, until an unforeseen walkout cost her over 20 employees.

The overnight exodus was enough to cripple any business, and Cloud-Skidmore wanted to roll over and die.

“I was in a really rough spot,” she said. “Many of those people had been with me for 15 years, and I figured they’d stay with me forever. But things change. On paper, nothing should have worked after the walkout. I wanted to quit."

And she almost did. But at the behest of an older couple named Jay and Bettye Rodgers, whom Cloud-Skidmore had serendipitously met and confided in after years of standing in line together each week at a local Starbucks, she sheepishly showed up to a class one night called Biz Owners Ed. A 10-week program, Biz Owners Ed is a think tank created by a group of successful entrepreneurs who believe in small business and its benefits to America’s economy and society.

Their idea was simple: put up-and-coming qualified business owners in front of successful serial entrepreneurs with experience taking a startup or stagnant company and turning it into a multimillion-dollar entity. Rather than learn how to start, scale, and sell a business from a textbook, business owners like Cloud-Skidmore suddenly had access to tricks of the trade from men and women who’d been in their shoes, reached heights they’d only dreamed of, and were willing to pass on that knowledge as lifetime mentors.

With Biz Owners Ed, she could learn everything from starting a business to properly handling risk, managing time effectively, investing, hiring the right people, improving finances, and even facing failure. And at the center of it was her Starbucks buddy Jay Rodgers, a wildly successful mogul who has built and sold more than a dozen companies since coming to Denton County in 1964.

These days, Rodgers is known as a “millionaire maker.” And he’s got a lot of friends who want to follow in his footsteps.

“I really didn’t think that I belonged in that room with all of those people, but Jay and Bettye believed in me and took me under their wing,” Cloud-Skidmore said. “They saved me, and I don’t say that lightly." 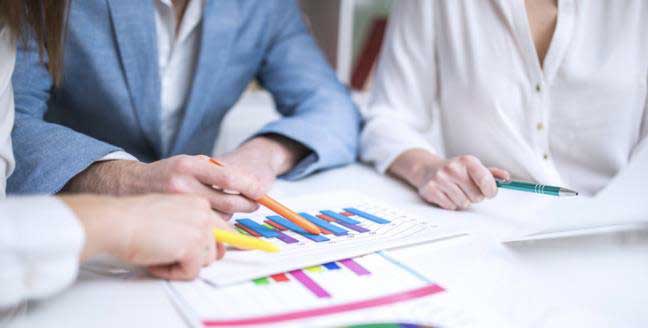 Thinking Differently About your Business

Most people wouldn’t have blamed Cloud-Skidmore for closing up shop after that wild mass exodus — except Jay Rodgers. He routinely met with his protege and, according to Cloud-Skidmore, didn’t mince words when it came to “how dumb she was being” for considering walking away. Many times, she left his office crying.

“Those were hard conversations,” she said. “Over the years, it has become a father-daughter relationship.”

She stuck with Biz Owners Ed and is a shining example of someone who not only walked away thinking differently about their business but put the tools she learned to good use. Cloud 9 Salon, Spa & Boutique is now home to 60 talented beauty and spa professionals. Cloud-Skidmore still runs the show alongside her son Nathan, and they’re in the process of developing a bigger facility on a 1-acre strip of land off FM 407 in Bartonville. On top of that, her Cloud 9 Charities and Bedtime Rescue initiatives have raised over $3 million. Bedtime Rescue provides shelter for homeless families in Denton County.

“I developed four mentors just from that first year, and I continue to rely on them and seek advice,” Cloud-Skidmore said.

Other notable Dallas-area graduates include Rick Hopper of Shark Tank fame. Hopper was in Cloud-Skidmore’s class and has sold over a million dollars worth of his magnetic eyeglass holder, ReadeREST, on QVC. He recently sold his company for several million dollars. Another graduate is Marty Bryan, a 31-year veteran restauranteur who owns Marty B’s, Rustico Wood Fired Grill and Wine Bar, and 1845 Taste Texas.

“Biz Owners Ed gave me the avenue to help me think about business in ways I hadn’t thought of before,” Bryan said. “Also, just being able to connect with these people. They all have tremendous backgrounds — to share a room with those types of people and hear their thoughts was very valuable. I’ve operated restaurants for 31 years, but this was the icing on the cake to help me pull it all together.

“I having texting relationships with them now. How cool is that?”

The number of self-made millionaires who selflessly volunteer their time to the nonprofit truly is remarkable and includes names like Jeff York (Paycom), Dave Hammer (D.W. Hammer & Company, Inc.), Bruce Brown (Rhino Steel Building Systems), Joe Kesterson (Titan Factory Direct), and Dave Casey (Calvus Cloud). In addition to giving their time and talent, each made a $5,000 contribution to the nonprofit.

Norm Brodsky, a long-time entrepreneur, author of Street Smarts, and writer for Inc. magazine, has flown in from Manhattan twice to speak at Biz Owners Ed’s alumni luncheon. Gino Wickman, the author of Traction and Entrepreneurial Leap, also spoke to the group.

“If you’re going to get advice, you have to make sure you get it from someone who has not only done it but also knocked it out of the park,” Rodgers said. “We are there for one reason, which is to help serious, committed entrepreneurs grow their companies. I’m 81 now, and at this time in my life, my goals are to create a long list of people who I’ve helped make a millionaire and also create a long list of people I’ve helped become multimillionaires. As Ronald Reagan said, ‘Entrepreneurs and their small enterprises are responsible for almost all the economic growth in the United States.’ So, I thought, what can I do to help?”

York agreed. He started as a mentor, but to ensure the future of the nonprofit, he graciously took over the program in 2017.

“When I first started coming, we maybe had 50 people in a room. Now it can get up to 200 — and billions of dollars of wealth and enterprise were created from this group,” he said. “What I’m most proud of is being able to create more value for these companies. It’s probably the equivalent of an Ivy League MBA being taught from a practicum standpoint by people who have already done it. Participants take that to heart.”

Casey agreed. He is one of the six original founders of Biz Owners Ed.

“The goal is to get them into high growth mode,” Casey said. “ And it is truly a servant leadership mentality. None of the mentors are looking to make a buck. We’re not strong-arming anyone. Somewhere along the way, someone helped us. We want to return the favor.”

Every week offers something new — from social media to branding, scaling, creating a strong business culture, strategic planning, exit strategies, and more — and is meant to create a more well-rounded business owner.

“I learn something new every time I go, and I’m a mentor,” Brown said. “When you’re starting something, many of us don’t know what we don’t know. But in a matter of four hours a night for 10 weeks, you get exposed to things that you didn’t know existed that you can turn around and put to good use. We’re just trying to share our knowledge.

Every Great Teacher is Looking for a Great Student 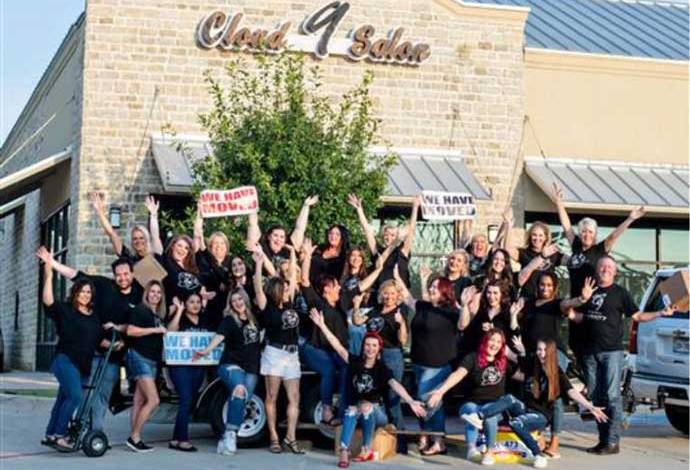 Much like Cloud-Skidmore, Joe Kesterson met Jay Rodgers by chance. It was 1988, and Kesterson had expanded his mobile home sales lot by putting several homes on Jay’s property. Kesterson was only in his 20s and had yet to meet Rodgers when a small issue arose.

“We had crept over into his property a little bit because there wasn’t a clearly marked line,” Kesterson recalled with a laugh. “Jay was tough on me but also fair. We negotiated a deal that was fair, and I remember coming home and telling my wife that I had just met the most interesting man. And we’ve been friends and worked together on many deals ever since. He’s just an incredible man. He’s surrounded himself with great people, and he’s willing to help everyone.

“There are lessons learned the hard way. If you can shorten those lessons, these entrepreneurs can be more successful.

”Cloud-Skidmore knows that all too well. But now, she believes the sky is the limit for her, the salon, and her employees.

“This class gave me the desire to rebuild and think outside the box,” she said. “They sit with you and teach you how to make the right changes and believe in yourself, and I use those lessons to this day. I even remember Jay saying to me, ‘If you come out on the other side of this, you’ll never think about quitting again.’ And guess what, I haven’t.”

If you’re interested in enjoying the benefits of this program by attending, visit bizownersed.org or call 972-499-7722.

I was a member of the inaugural class of BOE. What I got out of it was a lot of great contacts, both with the peers who were in the group with me and then the mentors who were there. I also got a lot of good business nuggets.

CEO The Boardroom for Men

I was really quite blown away by the experience. Not only did I learn things that I've never heard of before as a serial entrepreneur for the past 20 years, but I also met with with a caliber and quality of mentor I never would have had the privilege of sitting down with in any other setting.

Stewart Hsu, a Principal at CONTI Organization, has been responsible for the acquisition and management of over $89M of multi-family real estate assets in Dallas/Ft Worth, Houston, Austin and San Antonio. CONTI lists over 2,200,000 rentable square feet in those markets.